Rached Ghannouchi, 78, leader of the moderate Islamist Ennahda party, is elected Tunisia’s parliament speaker after the rival Heart of Tunisia party backed him. It is his first official post since he returned to Tunisia from exile in London after the 2011 revolution.

Even with a large mandate, the new president has less direct control of policy than the prime minister and both will quickly face a series of tough challenges including high unemployment rates and fighting corruption. Tunisia has a deeply fragmented legislature in which the largest party, the moderate Islamist Ennahda, has only 52 of the 219 seats.

The prime minister will be picked by the parliament that was elected last Sunday.  Although the president has fewer powers than a prime minister the post is still Tunisia’s most senior directly elected official with wide political influence.

The Ennahda party seemed set to face massive loses but stay the strongest party in Tunisia after the October 6 2019 vote, according to exit polls. It follows the first round of a presidential election that garnered much greater public attention. The presidential vote ended inconclusively, forcing a runoff on October 13.

A Tunisian court has turned down a request to release jailed media mogul Nabil Karoui, who, along with academic Kais Saied, has advanced to a runoff in Tunisia’s presidential election. “The judge has refused to give a ruling, saying it was not in his jurisdiction,” “We will appeal,” he added. The court did not respond to requests for confirmation.

In July 2019, Tunisia’s first democratically elected president, Beji Caid Essebsi, died, pushing the presidential elections up from November to September. Kais Said and Nabil Karoui say exit polls show they’ve made it to runoff, with preliminary results due on Tuesday. Nabil Karoui presents himself as a champion of the poor and a scourge of government, while his critics describe him as a populist. Kais Saied described his lead as “like a new revolution” in a radio interview, a reference to Tunisia’s 2011 uprising that brought in democracy and set off the Arab Spring revolts elsewhere. Also in the first round was Abdelfattah Mourou, heading a first-time bid for Islamist-inspired party Ennahdha.

Aymen Smiri died when explosives he was carrying detonated and killed on July 1 2019,

Interior Ministry spokesman Sofiene Zaag told Tunisian radio that police had been hunting for the 23-year-old Smiri, who he described as the “brain” behind the June 27 attacks.

The first blast involved a suicide bomber who targeted a police patrol on Tunis’ central Charles de Gaulle street, not far from the French embassy.

One police officer was killed, while another was injured, according to the interior ministry. Three civilians were also wounded.

Body parts were strewn on the road around the police car, 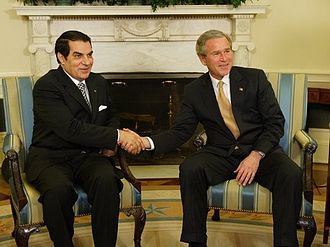 TUNIS (Reuters) – Fuel distribution workers in Tunisia began a three-day strike on May 2 2019 to demand higher wages, leading to long queues and empty pumps at petrol stations across the North African nation. Tunisians have complained about a decline of state services since Zine El-Abidine Ben Ali was overthrown in 2011. The uprising to topple the autocrat heralded a democratic transition but the associated turmoil also led to an economic crisis.

The government is facing rising public demands for more pay as price rise, with inflation at about 7 percent. It is also contending with pressure from international lenders to cut the public wage bill and other spending to shore up state finances. “All services have gone down, we have become like a country where there is a war – no fuel, no medicines, no milk.”

Tunisia raised the minimum wage for industrial and farm workers, as well as pensions for hundreds of thousands of private-sector retirees, by 6.5 percent on May 1 2019, a move aimed at defusing discontent about economic hardship.

There is now a danger that the second wave of popular protest in the region may also be heavily influenced by external players.
Factors that are shaping the contemporary Middle East include the growing role of the Saudis who, along with their Gulf allies, are waging a multi-front battle for influence against Qatar and especially Turkey. This regional rivalry is to a large extent both facilitated and explained by the notable absence of the US as a serious diplomatic actor

The Saudis have to a considerable extent seized and held the diplomatic initiative.

They and the UAE have pitched in with financial aid, and Riyadh’s ally, Egypt, has played a role in deploying its diplomatic muscle at the African Union.
While the Saudis appear to be backing the country’s generals, Turkey and Qatar are more closely aligned with Islamists.

It should be clearly stated that none of these external parties are much interested in the voices of popular protest on the ground. .
What you have are effectively two “brands” of authoritarianism which are attempting to push their supporters into positions where they can influence the future. Jonathan Marcus excerpt

Publishing on the Web is a fairly iterative process. ...NYT The problem is that everyone has a different heroic truth-teller, because we’re all preoccupied by different bullshit. William Davies, Guardian ...Not too long ago, reporters were the guardians of scarce facts delivered at an appointed time to a passive audience. Today we are the managers of an overabundance of information and content, discovered, verified and delivered in partnership with active communities. summer 2012 issue of Nieman Reports from Harvard, --- THE FIX by Chris Cillizza, WAPO blogger, quoting Matt Drudge: “We have entered an era vibrating with the din of small voices,” he said in the speech. “Every citizen can be a reporter.” Later, he added: “The Net gives as much voice to a 13 year old computer geek like me as to a CEO or Speaker of the House. "
View all posts by huecri →
This entry was posted in Uncategorized and tagged Body parts were strewn, Tunis bomb, Tunisia, Zine El-Abidine Ben Ali. Bookmark the permalink.