I have a belief that nation states that feel like they’re either aggrieved or attacked become more risk-tolerant. We’ve certainly seen a high risk-tolerance by the government in Tehran…I suspect their willingness to take further risks will increase.
William Tobey

[May 12 2016 U.S./NATO missile defense site against Iran opens in Romania ]
The United States switched on an $800 million missile shield in Romania on May 12.

“As long as Iran continues to develop and deploy ballistic missiles, the United States will work with its allies to defend NATO,” said U.S. Deputy Defence Secretary Robert Work, standing in front of the shield’s massive grey concrete housing that was adorned with a U.S. flag.

The United States and Romania jointly selected the Deveselu Air Base near Caracal, Romania, to host a U.S. Ballistic Missile Defense System which employs the SM-3 interceptor (also referred to as the Aegis Ashore System).

The site consists of a radar deckhouse and associated Aegis command, control, and communications suite. Separately, it houses a number of launch modules containing SM-3 interceptors.

An estimated 200 military, government civilians, and support contractors are required to operate the U.S. facility at the site.

In April, Gen. Amir Ali Hajizadeh, chief of the Guard’s airspace division, said a new, upgraded version of the Sajjil — a solid fuel high-speed missile with a range of 1,200 miles that was first tested in 2008 — would soon be ready.

[May 24 2014 Banker executed in Iran, message for Esfandiar Rahim Mashaei?] 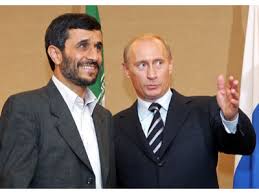 Mashaei, l, is viewed by many Iranian clerics as an anti-establishment activist and secular-oriented nationalist.

Mah-Afarid Khosravi, little-known businessman linked to former president Mahmoud Ahmadi-Nejad who was accused of accumulating billions of dollars, has been executed. The hanging is being seen as a response to criticism about the regime’s commitment to fighting corruption. He hanged early on May 24. Much of the blame was directed at the administration of former president Mahmoud Ahmadinejad and specifically his chief of staff and political confidant, Esfandiar Rahim Mashaei, but ultimately no officials were convicted. Mashaei is viewed by many Iranian clerics as an anti-establishment activist and secular-oriented nationalist.
Khosravi allegedly forged letters of credit from a partially state-owned bank and gave the fake documents to seven other banks in order to finance companies and factories that were involved in various businesses including steel production.
Iran’s president had previously complained about “shocking corruption” during the eight years of his predecessor, Mr Ahmadi-Nejad and called for action by the judiciary. Mahmoud Ahmadinejad is an Iranian politician who was the sixth President of Iran from 2005 to 2013. He was also the main political leader of the Alliance of Builders of Islamic Iran, a coalition of conservative political groups in the country.

The plane in question, in Zurich, on January 22, 2014. Los Angeles is home to hundreds of thousands of Iranian expatriates

Director General of Tehran’s Mehrabad Airport Nasrollah Mansouri Shirazi rejected the claim that a US plane, owned by the Bank of Utah, had landed at the airport. Shirazi said that “we had no such thing” at Mehrabad airport.
The private plane, like thousands of similar ones, is owned through a trust — a complex legal structure often established to help foreign individuals or corporations invest in planes that can fly freely within the United States. Aside from that benefit, the structure enables investors and operators to remain largely anonymous to the public. The trustee — in this case, the Bank of Utah — is the sole entity recorded as owner in a vast database maintained by the Federal Aviation Administration.

The Bank of Utah is listed as a trustee for 1,169 aircraft, ranging from Boeing 747s to single-engine Cessnas, according to a review by The New York Times of the database.

On April 7, Iran’s Civil Aviation Organization (CAO) announced that it has been technically ready to resume Iran-US flights since last year, emphasizing that the order to do so has not been issued yet.
During his trip to New York to attend the 68th session of the UN general assembly last year, Iranian President Hassan Rouhani pledged to facilitate travel to homeland for Iranian expatriates residing in the US.
The US, and Los Angeles in particular, is home to hundreds of thousands of Iranian expatriates.

In Iran, students were thwarted in their attempt to hold a separate memorial service for Saane Zhaleh, an art student who was killed Monday during the protests, the largest in more than a year. The authorities staged an official funeral for Mr. Zhaleh, saying he was a vigilante, which the opposition called a lie.

Publishing on the Web is a fairly iterative process. ...NYT The problem is that everyone has a different heroic truth-teller, because we’re all preoccupied by different bullshit. William Davies, Guardian ...Not too long ago, reporters were the guardians of scarce facts delivered at an appointed time to a passive audience. Today we are the managers of an overabundance of information and content, discovered, verified and delivered in partnership with active communities. summer 2012 issue of Nieman Reports from Harvard, --- THE FIX by Chris Cillizza, WAPO blogger, quoting Matt Drudge: “We have entered an era vibrating with the din of small voices,” he said in the speech. “Every citizen can be a reporter.” Later, he added: “The Net gives as much voice to a 13 year old computer geek like me as to a CEO or Speaker of the House. "
View all posts by huecri →
This entry was posted in Uncategorized and tagged Aegis ashore, Ahmad Reza Pourdastan, Army, banker executed, CL-604, democracy, demonstration, Esfandiar Rahim Mashaei, ground Commander, Iran, IRGC, Mansouri Shirazi, march, Mehrabad Airport, missile defense system, Mohammad Reza Zahedi, protest, rally, romania, Saane Zhaleh, Tehran", US. Bookmark the permalink.