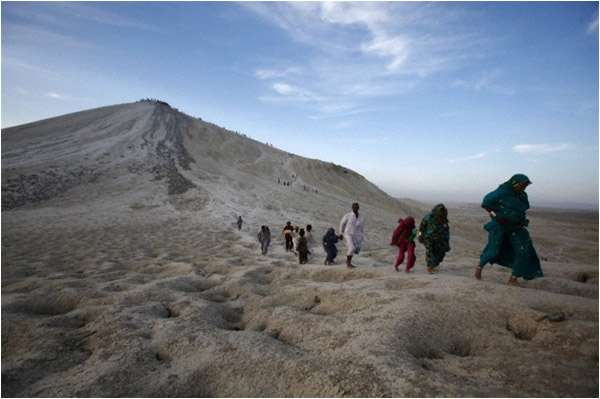 Prime Minister Imran Khan on September 24 2019 said that US President Donald Trump had asked him to help defuse tensions with Iran, adding that he had already spoken with Iranian President Hassan Rouhani in an attempt to mediate.

The U.S. military is seeing some “positive indicators” from Pakistan showing it is becoming more responsive to U.S. concerns about militant safehavens in the country but Islamabad has yet to make a strategic shift.

“It does not yet equal the decisive action that we would like to see them take in terms of a strategic shift, but they are positive indicators,” U.S. House of Representatives. Tuesday 27 February 2018. US Army General Joseph Votel, commander of the US Central Command, testifief during a House Armed Services Committee hearing.

Khalid Mehsud, has been killed in a US drone attack.
Mehsud was deputy leader of the banned Tehrik-e Taliban Pakistan (TTP), the main faction of the hardline Islamist Pakistani Taliban.
He was killed in a drone strike on February 8 in North Waziristan, near the border with Afghanistan, the militant group said in a statement.   According to an official of the political administration, two missiles were fired at the compound in the Gorwek area across the border near Zero Point

Azam Tariq Mehsud said Commander Sajna was killed in February 8’s strike in a village along the Pak-Afghan border. He said another commander, Mufti Noor Wali, has now been appointed in Sajna’s place.

Tariq says Wali enjoys the backing of Mullah Fazlullah, the leader of the TTP who is believed to be hiding in Afghanistan. Virtually the whole of North Waziristan is in Pakistani army hands.

The army believes the defeat of the militants was one of the most successful anti-jihadist campaigns the world has yet seen. In two years of fighting the army lost 872 men and believes it killed over 2,000 militants.

“Before 2014 North Waziristan was a hub of terrorist activities,” said General Hassan Azhar Hayat, who commands 30,000 men in North Waziristan. After the army moved in “those who resisted were fought in these areas… the complete agency was cleared”.

The Pakistani official claim about Afghan refugee camps in Fata is particularly puzzling since it is widely known the camps that did exist in the region were closed a number of years ago. Dawn, January 27th, 2018

Haqqani Network Commander Ehsan alias Khawari and two of his associates were reportedly killed by a drone attack at Kurram Agency which falls under Federally Administered Tribal Areas in Northwest Pakistan.

Two missiles were reportedly fired from the drone at the house where the commander stayed in Biland Khel village in Speen Thall area – on the confluence of borders between Hangu district of Khyber-Pakhtunkhwa and Orakzai agency.
The drone strike took place after a militant attack January 20 on the Intercontinental Hotel in Kabul in which 22 people were killed, 14 of which were foreign nationals and there were even some U.S. citizens among those killed and wounded, the State Department reported on January 24.
The Taliban took responsibility for sending five suicide bombers to administer the deadly attack. But Afghan authorities accused the Taliban-allied Haqqani network of planning the violent operation. According to the Urdu news channel, Dawn-

“The claim in an MFA statement yesterday that U.S. forces struck an Afghan refugee camp in Kurram Agency yesterday is false,” said spokesperson Richard Snelsire in a statement.

Snelsire did not offer any further details and preferred not to confirm the drone attack on a home in the tribal areas of northwestern Pakistan.
The denial January 25 came a day after missiles fired from an unmanned aircraft struck a militant hideout located between Pakistan’s semiautonomous Kurram region and the Hango district, both in the country’s northwest. The pre-dawn Wednesday attack killed a commander of the Haqqani militant network and his two aides. A spokesman for the United Nations refugee agency told VOA there are no refugee camps in the area where the drone strike occurred. He did not, however, rule out the presence of undocumented Afghans there.

The United States has foolishly given Pakistan more than 33 billion dollars in aid over the last 15 years, and they have given us nothing but lies & deceit, thinking of our leaders as fools. They give safe haven to the terrorists we hunt in Afghanistan, with little help. No more!

In the mountainous border region separating Pakistan’s Kurram Agency from Afghanistan, a drone attack targeted the vehicle of a militant commander named Jamiuddin, and also killed an associate of the commander. Rehmanullah, a resident of the area who uses only one name, said he saw the strike near the Mata Sanghar area of Kurram agency, across from the Afghan province of Paktia.

“I saw two missiles hit the vehicle and the people inside were killed,” he told Reuters by telephone.

All indicators confirm that the person killed in the drone strike was Mansour who was travelling on a fake identity when targeted in a drone strike near Noshki district in Balochistan, Adviser to Prime Minister on Foreign Affairs, Sartaj Aziz, said during a press briefing.

Aziz, however, said DNA reports of Wali Muhammad, the man suspected to be the Taliban leader, will further confirm the killing of Mansour. “His body will be handed over to his family after DNA tests,” the premier’s senior aide said.

“The death of Mullah Akhter Mansour in a drone strike on 21 May has added to the complexity of the Afghan conflict,” Aziz said while adding that the drone strike was a violation of Pakistan’s sovereignty as well as breach of principles of the United Nations Charter governing the conduct of states.

“We have conveyed our serious concern to the United States on this issue, PM’s adviser on foreign affairs said.

Hersh says high-level Pakistani officials consented to allow the US to conduct its “raid” on the compound – a de facto assassination – after the US found out about Bin Laden’s whereabouts through a source in Pakistani intelligence (and not, as reported, after interrogation of al-Qaeda detainees and extensive investigation into a Bin Laden courier).

The CIA played a key role in shaping. “Zero Dark Thirty” ‘s narrative, corresponding with the filmmakers to negotiate favorable access to a movie that one CIA official described as “get[ting] behind the winning horse” of the “first and biggest” movie about the Bin Laden raid, according to internal CIA emails obtained by Judicial Watch. The White House gave its blessing as well, calling it the most “high profile” project to date, and suggesting it get more “visibility,” as one White House official wrote.

The government’s efforts paid off handsomely. “Zero Dark Thirty” proved to be a propaganda coup beyond anything the CIA could have imagined, right down to its debunked assertion that torture helped the U.S. locate bin Laden. Director Kathryn Bigelow used her considerable skills to create a visceral, hyperkinetic thriller that leaves its audience with little doubt of the CIA’s ultimate heroism. Any moral depravity is presented as a lamentable but understandable byproduct of the good fight. The bucketload of money ”Zero Dark Thirty” made put the icing on the cake. more about movie

American Sniper kind of reminds me of the movie that's showing in the third act of Inglorious Basterds.

I just said something "kinda reminded" me of something else. I actually liked American Sniper. It just reminded me of the Tarantino scene.

That movie in the Tarantino film was a Nazi propaganda film called Stolz der Nation (Nation’s Pride) that showed a German sniper killing Allied soldiers from a clock tower.
the movie

Bigelow’s Zero Dark Thirty, based on the 10-year-long hunt for Osama Bin Laden, was named best film of 2012 with Bigelow named best director. 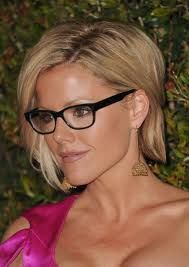 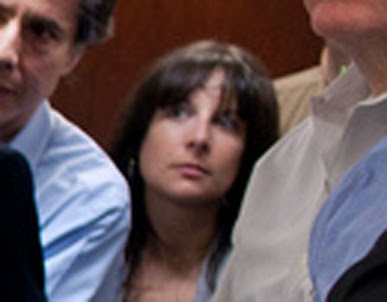 Weinstein has basically closed the rights deal for the independently made assassination-of-Osama-bin-Laden movie called “Code Name Geronimo” according to a person familiar with the negotiations, and is talking as though he’s pretty much decided to release the movie in late September or October. One of the reasons Weinstein’s fall slate is so crowded is that it’s populated by a couple of movies from big-game financier Megan Ellison, with whom he’s gone into business. And what other picture did Ellison produce for the fall? Sony’s Bin Laden movie.[Zero Dark Thirty]

Publishing on the Web is a fairly iterative process. ...NYT The problem is that everyone has a different heroic truth-teller, because we’re all preoccupied by different bullshit. William Davies, Guardian ...Not too long ago, reporters were the guardians of scarce facts delivered at an appointed time to a passive audience. Today we are the managers of an overabundance of information and content, discovered, verified and delivered in partnership with active communities. summer 2012 issue of Nieman Reports from Harvard, --- THE FIX by Chris Cillizza, WAPO blogger, quoting Matt Drudge: “We have entered an era vibrating with the din of small voices,” he said in the speech. “Every citizen can be a reporter.” Later, he added: “The Net gives as much voice to a 13 year old computer geek like me as to a CEO or Speaker of the House. "
View all posts by huecri →
This entry was posted in Uncategorized and tagged - Director for Counterterrorism, american sniper, Audrey F. Tomason, best film 2012, bigelow, Code Name: Geronimo, drones, Gorwek, Hangu, Jamiuddin, kathryn bigelow, Kurram, north waziristan, Osama bin Laden, seth rogan, seymour hersh, zero dark thirty. Bookmark the permalink.